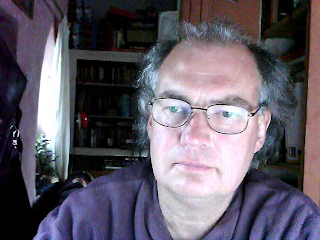 Andy Breen was born in Sunderland in 1964. Many of us first met him as a young PhD student at Aberystwyth University in the late 1980’s. The enthusiasm and philosophy of his supervisor, Phil Williams, resonated deeply with him and they quickly formed a highly effective team. For a few years, they carried out the kind of research that had been expected from the European Incoherent Scatter (EISCAT) radars in northern Scandinavia, studying the detailed physics and chemistry of the upper atmosphere when bombarded with kilovolt electrons in the auroral oval. After working at Southampton University and the Max-Planck Institut für Aeronomie at Lindau, he returned to Aberystwyth in 1998 as a PPARC (Particle Physics and Astronomy Research Council) Advanced Research Fellow, moving onto the Academic staff there in 2001. Reunited with Phil Williams, they began to forge a novel and unique research programme that had never been envisaged for EISCAT. Specifically, they exploited the long baselines of the receiver sites to monitor the scintillation of radio stars caused by irregularities in interplanetary space and devised a correlation technique to study the early acceleration of the supersonic solar wind outflow. They realised that the EISCAT frequencies allowed them to make measurements closer to the Sun than anybody else had managed. This was real cutting-edge, exciting, world-leading science. Phil may have supplied the initial idea (and his usual enthusiasm), but it was Andy who worked through the details, made the method actually work and compared the results to data from solar coronagraphs and in-situ observations from various spacecraft in interplanetary space. By the time Phil moved on to become a Member of Parliament in Cardiff, Andy was a world leader in his field - working with, and respected by, solar physicists from all around the world. He became a co-investigator on the Heliospheric Imager instrument on the NASA STEREO mission and on the Solar and Heliospheric Key Science Project for the LOFAR radio telescope network. During 2007 and 2008 he was one of the leading organisers for the International Heliophysical Year.

But these successes did not come easily – far from it. Early in his career, he fell victim to Myasthenia Gravis, with his immune system increasingly attacking his own nervous system. This condition affects just 1 in approximately 20,000 people in the UK and is very rare indeed in young men. The need to suppress his immunity led to throat cancer, from which he also recovered, but thereafter he spoke in a husky, breathless voice. A lesser individual would have crumbled emotionally and physically - but you couldn't get Andy Breen down that easily. The disease, and other consequent medical complications such as pneumonia, very nearly killed him a number of times and it is hard to convey the scale of the struggle he faced. Often he would support his chin or forehead in a specially-made frame so he could keep working even though he was too weak to hold his own head up. That he achieved as much as he did is testament to his extraordinary willpower and bravery as well as his talent. He survived to become the most amiable of eccentrics. He had eclectic tastes and championed the unknown and obscure in music, literature and the arts, as well as in science - because he understood that good things have small, often unpromising, origins. It was the same in his attitudes towards people and politics - he supported the young, the struggling and the oppressed, whilst never needing to despise the powerful, the rich or the successful - unless, that is, they misused their position, their wealth or their influence: then they would incur his wrath, which could be formidable and very witty. He was exceptionally kind to those who deserved or needed it and very funny, both qualities inspiring loyalty and affection in his students and colleagues. He got real joy and relaxation from sailing when he was able, and it was a huge pleasure to follow his travels along the Scottish coastline on the internet. But the thing he loved more than anything else was being in the company of his friends, laughing with them and holding forth on one of his passions – not because he thought he was interesting (which he always was) but because he thought the subject was interesting (which it almost always was). His wit, spirit, humanity, courage and decency touched many more people than he realised and his early death from complications following heart surgery, at the age of just 47, means he will be hugely missed by his friends, his colleagues at Aberystwyth and all in the EISCAT and LOFAR communities that were lucky enough to count him as one of their own.