Today is the third day of the Incoherent Scatter Radar (ISR) Summer School here at Banff, Canada. It's an exciting day – for two reasons: first, this morning the group left the conference centre for the excursion, and a 40-min coach trip later we visited Johnston Canyon, a popular scenic spot in the national park with two water falls, which can be accessed along a well-built path of some 2.7 km.

The second reason for excitement today is that the radar experiments, which were requested by all seven groups yesterday, were run overnight on PFISR, and upon return from the excursion, the readily analysed data was available for study on the Madrigal database. More about that later... 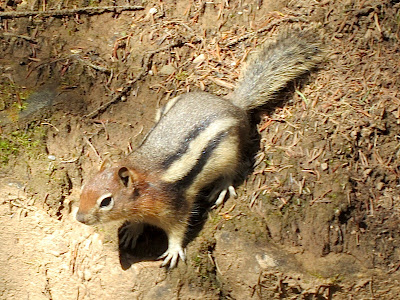 Some wildlife was seen along the trail despite the many visitors. We saw several of these chipmonks, which seem to have grown accustomed to humans. 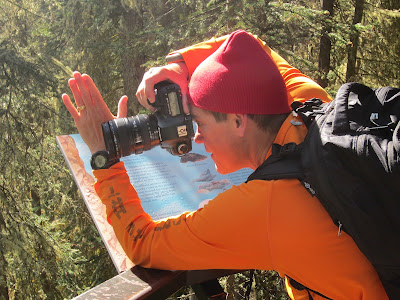 With the right technique, one can succeed taking brilliant pictures in difficult conditions. Here Craig Heinselman, who will head EISCAT from next year, is shielding the sunlight from reflecting inside the lense. 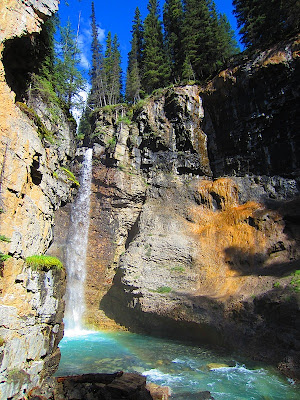 The "Upper Fall," a water fall of some 30 metre drop in a very narrow canyon. An impressive sight. Can you imagine anyone taking a kajak down this fall? No? Check this out. 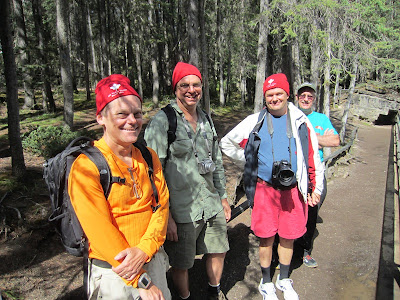 The first part of the trail ended above the Upper Fall where the photo was taken. From left: Craig Heinselman, Bill Rideout, Phil Erickson and Jean-Pierre St-Maurice, three of them proudly sporting their ISR Tinfoil Toques, otherwise known as red woolly hats.