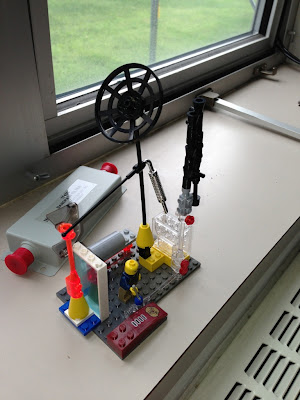 Our colleague Juha Vierinen, who recently completed his PhD at Sodankylä Geophysical Observatory, has arguably the smallest radar at MIT Haystack Observatory in his room: a LEGO radar built by his sons after they visited the observatory. In his lecture during the ISR School, he showed an annotated photo of this MOC – an acronym used among LEGO enthusiast meaning "My Own Creation", some of the details of which we try to relay to your in the image below. At the moment it is unclear, if Juha plans to connect the bandpass filter (grey box in background) to the radar. 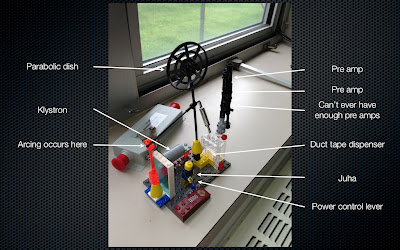 For now, have a nice weekend!