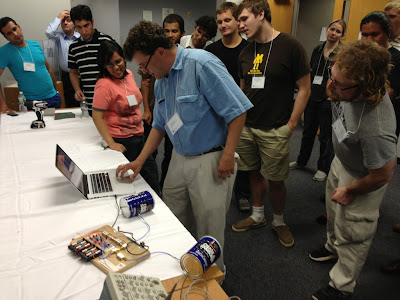 Already on Day 2 of the present ISR School at MIT Haystack Observatory, Phil Erickson (at the laptop) showed us his low-cost radar. He revealed this experiment to the school for the first time in Banff last year, and we reported about it previously, including links to the instructions. Above, the radar electronics are mounted on a wooden board, and the antennae are made up of two coffee cans (a.k.a. cantennae). 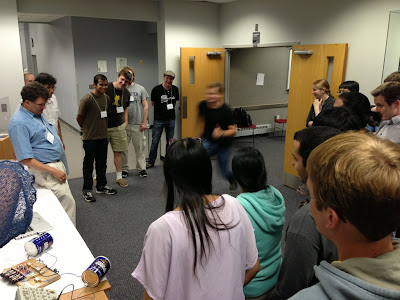 This week, too, the demonstrations was a great success, and a lot of fun was had by everyone. Here we tried to measure the velocity of one of the participants running towards the radar. 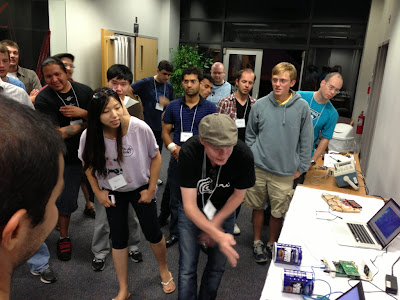 Later on, Juha Vierinen demonstrated his own, slightly less low-cost version of a cantenna radar. He used an Universal Software Radio Peripheral (USRP) to replace most of the basic electronics, but this allows him to make more sophisticated measurements. In the photo above, he tried (successfully) to create an "F-region" double-hump spectrum by moving his hands rapidly in opposite directions.