On Thursday evening, the participants of the EISCAT International Symposium were treated to a banquet at Lancaster Town Hall at Dalton Square (previously). The town hall was opened in 1909, and features the impressive Ashton Hall, which is a public function and ball room. Three flutists entertained us during the evening. 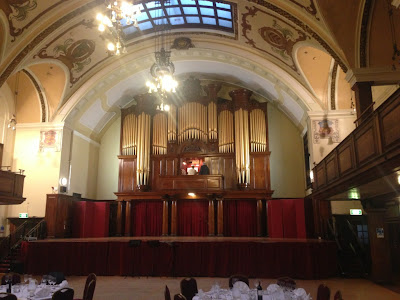 The main feature of the room is its organ. At the beginning of the evening, the "Lancaster Suite for Organ" was played for us on the instrument. The piece was commissioned by the Ashton Hall Organ Restoration Project. 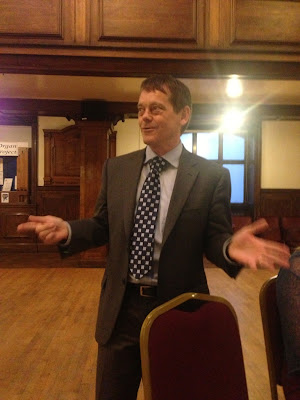 After the dinner there were a few speeches, during which two participants received awards. One award went out to the person who required the "vuvuzela treatment" twice for talking overtime, and the other award went out to the person who received a phone call from the author whose work he was presenting – at the time of the talk. The photo above shows EISCAT Director Craig Heinselman thanking the organisers for a fantastic EISCAT Symposium.