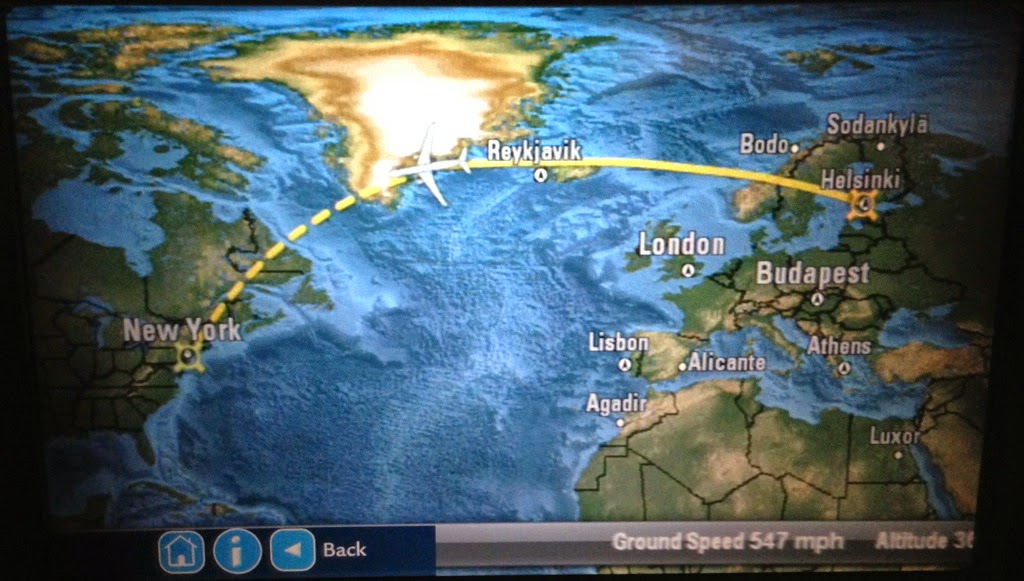 Flying out of Helsinki enroute to this year's Incoherent Scatter Radar School, with a very modern Airbus A330, it was interesting to see how far the in-flight map displays have come. No more boring blue screens with information about temperature etc. Instead 3D moving map displays. The first photo above shows the entire route heading WNW out of Helsinki via Sundsvall, Trondheim, Northern Iceland, Southern Greenland, and into New York. It's especially nice to see the Finnish EISCAT site marked on the map: Sodankylä! 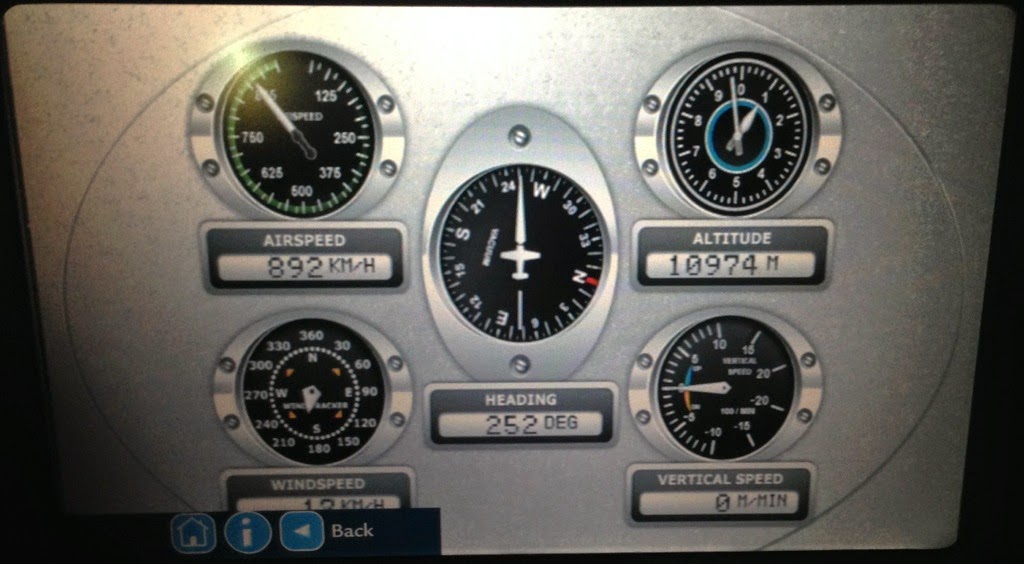 Said blue screen is replaced by a scrolling band of information on the lower edge of the map display, but occasionally the data come up in form of a simplified instrument panel showing heading, air speed, altitude, vertical speed, and wind speed. 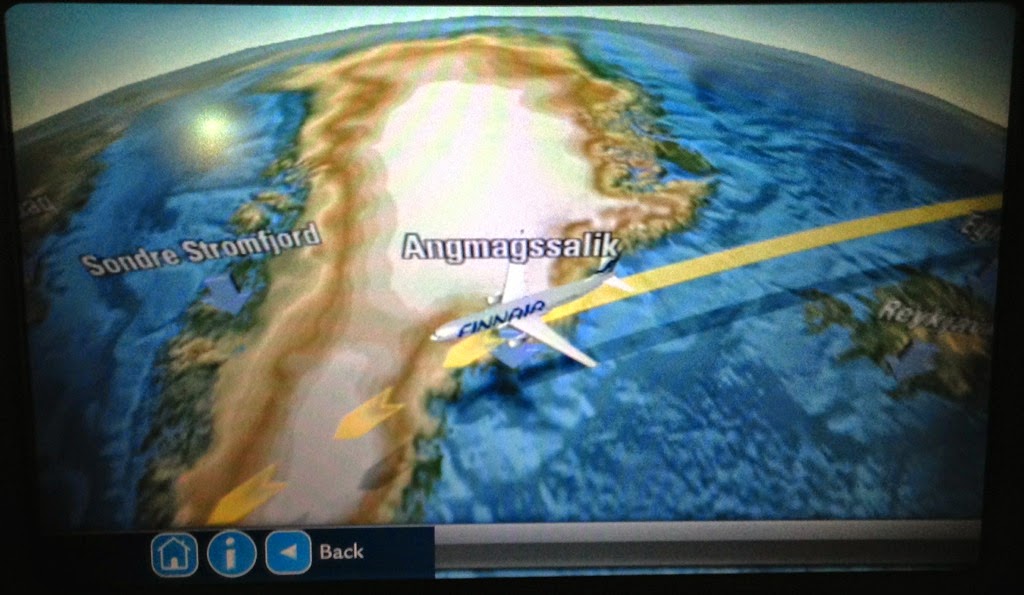 Finally there's the 3D map display, where you see the Airbus, livery and all, zooming in this case across Greenland. And another surprise: Søndre Strømfjord shows up on the map, home to the SRI incoherent scatter radar, and also the location of the first Joint US-EISCAT Incoherent Scatter Radar School in 2011, which took place in Kangerlussuaq, which is the settlement and airport nearby the radar facility.