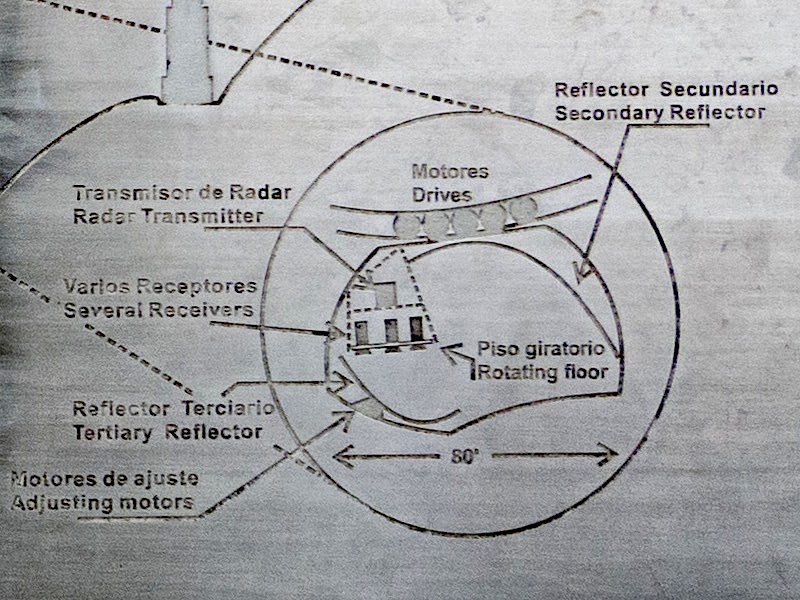 The Gregorian feed of the Arecibo Incoherent Scatter Radar is made up of the actual transmitter-receiver system as well as the secondary and tertiary reflectors. The primary reflector is, of course, the 305-m main reflector. Thus the reflectors are numbered in the order in which the received signal hits them and not, as one might think, in the order the transmitted signal hits them. This might have to do with the antenna being mostly (in terms of operating time) used for radio astronomy in a passive mode without transmitter. 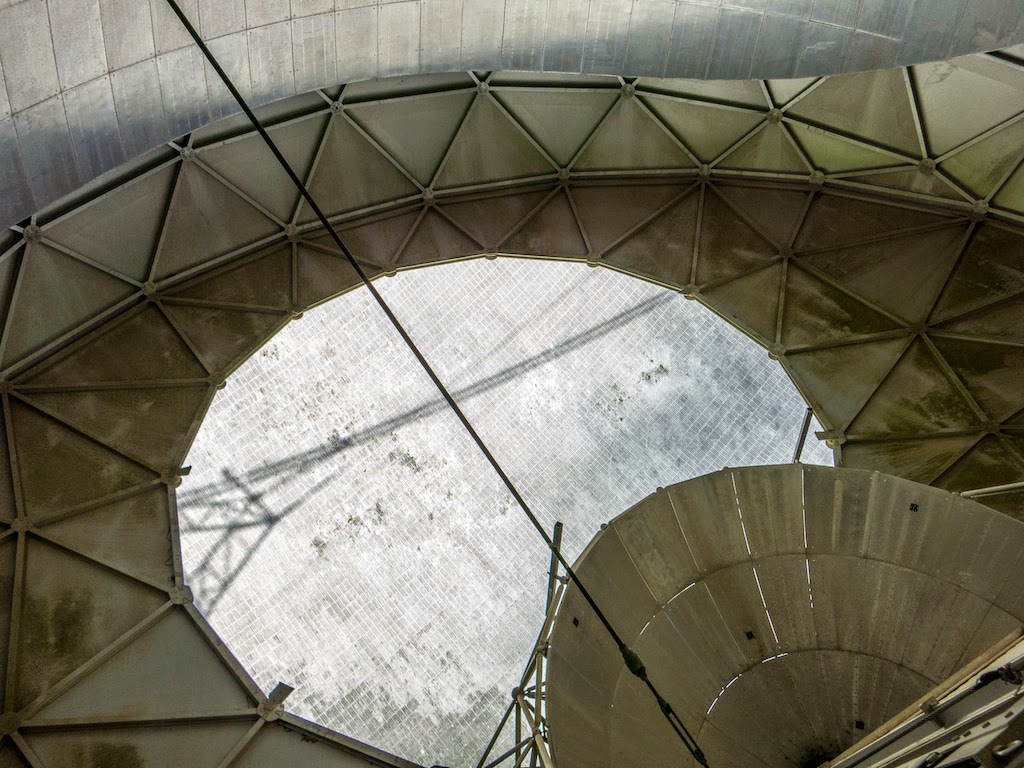 The photo above shows the view from within the Gregorian. Clearly visible on the outside is the primary 305-m reflector on which the shadow of the suspension cables and the edge of the platform are visible. Inside one can see just the lower edge of the secondary reflector (the shiny one on the top edge of the photo), and the tertiary reflector on the bottom right. 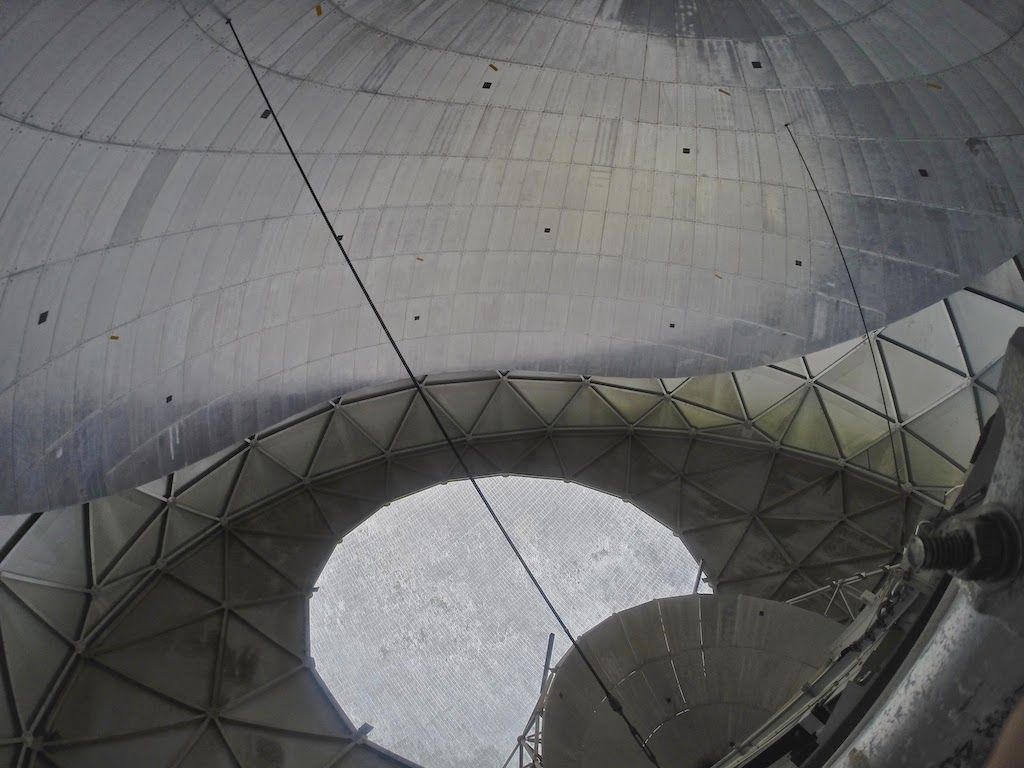 Due to limited space, one needs a really wide-angle lens to take these images. This is taken with Craig's 170°-field-of-view GoPro Hero 3+. The secondary reflector is on the top dominating the image, and the tertiary mirror is bottom right again. 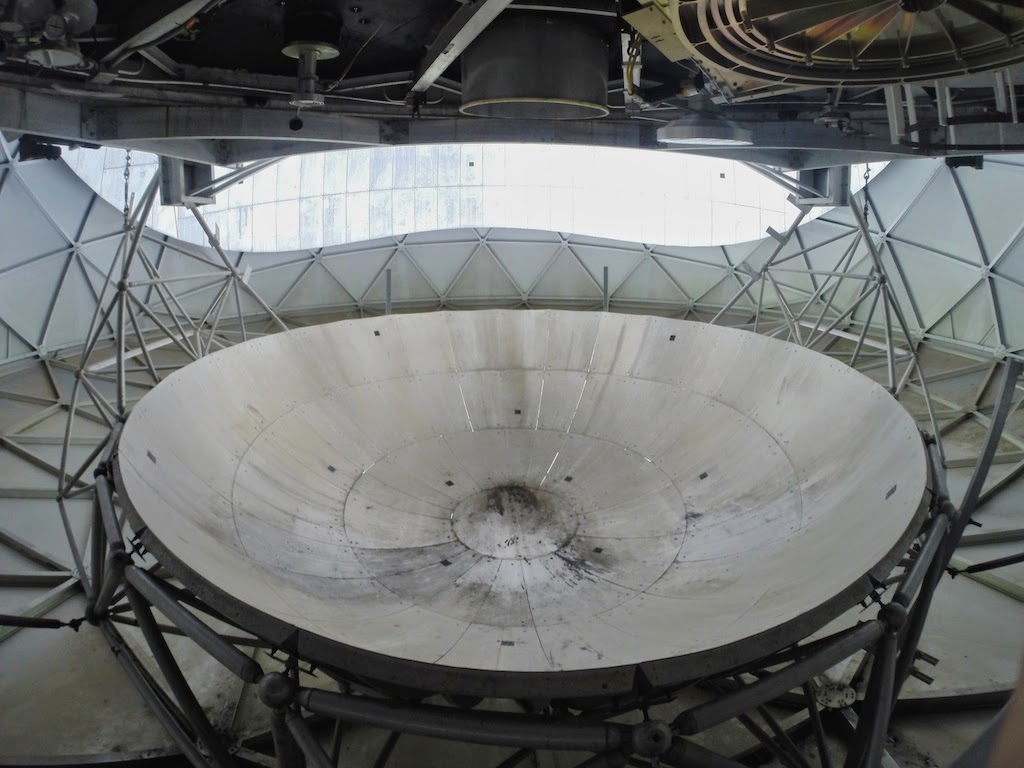 The next photo shows the tertiary reflector, with the lower edge of the secondary mirror in the background. 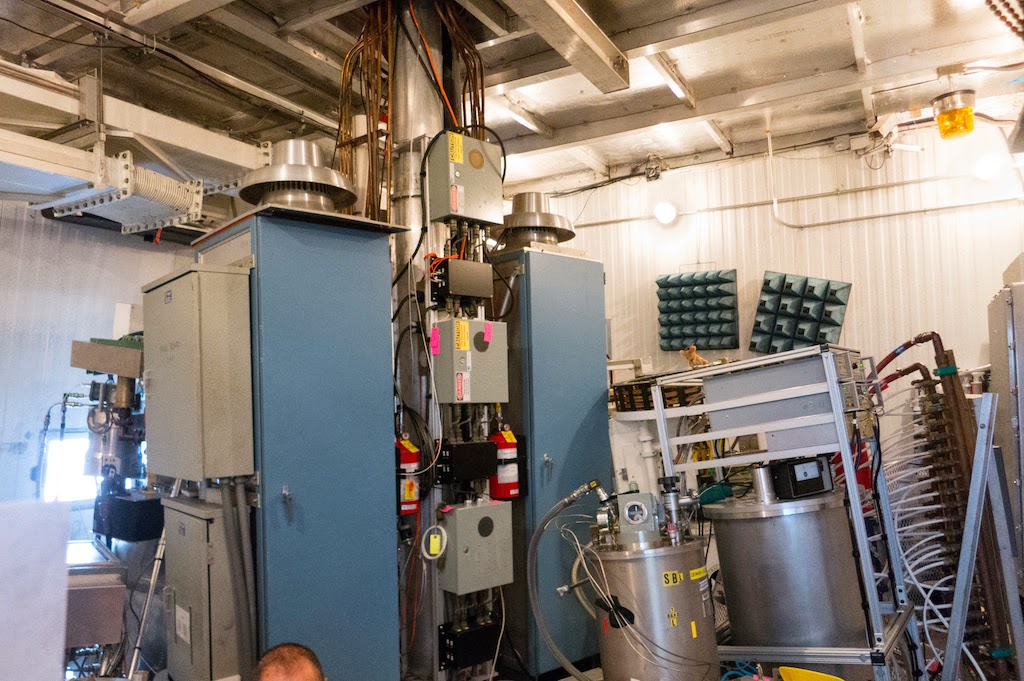 Finally a photo from inside the transmitter housing, which is within the Gregorian. Unfortunately there was work in progress and we couldn't enter and take more photos.