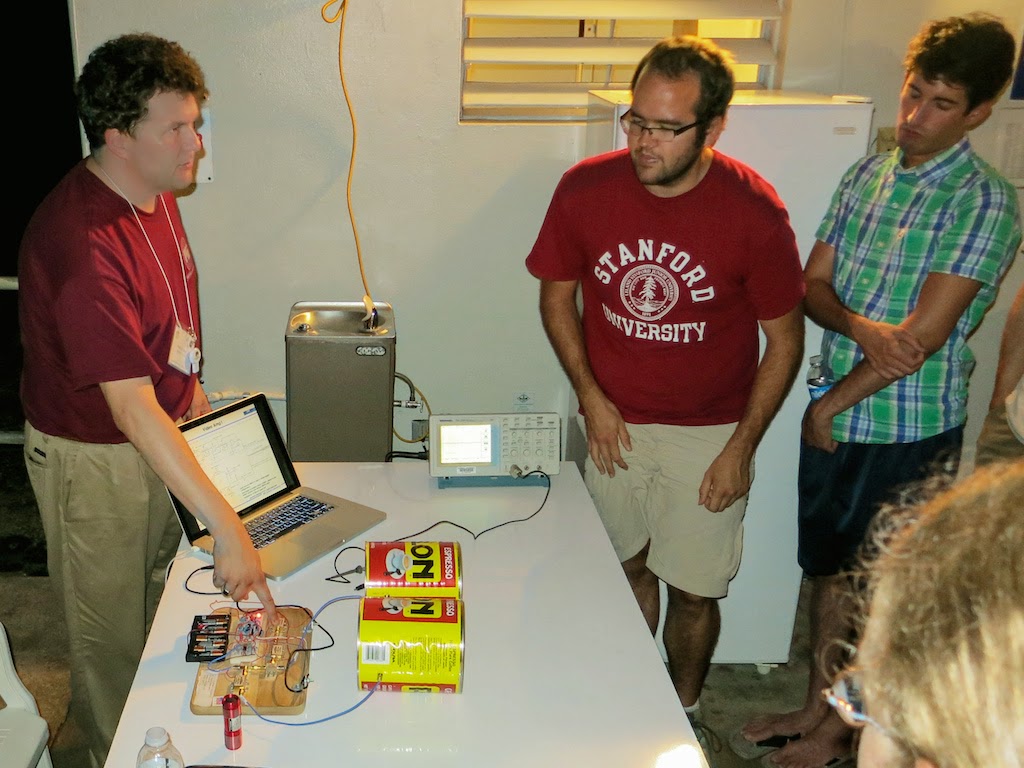 One of the favourites of the radar school, and a bit of a tradition already, is the cantenna radar system. It was first shown by Phil Ericksson of MIT Haystack (on the left) at the ISR School in Banff, Canada, in 2012. The experiment was then repeated at the EISCAT Radar School in Sodankylä in the same year, and then again in the 2013 ISR School, which took place at MIT Haystack Observatory.

On the wooden plate on the left, using some very low-cost components, a basic radar operating at 2.4 GHz has been put together. It runs on a bunch of AA batteries. As transmit and receive antennae, a couple of coffee cans are used, and that's where the term "cantenna" comes from. 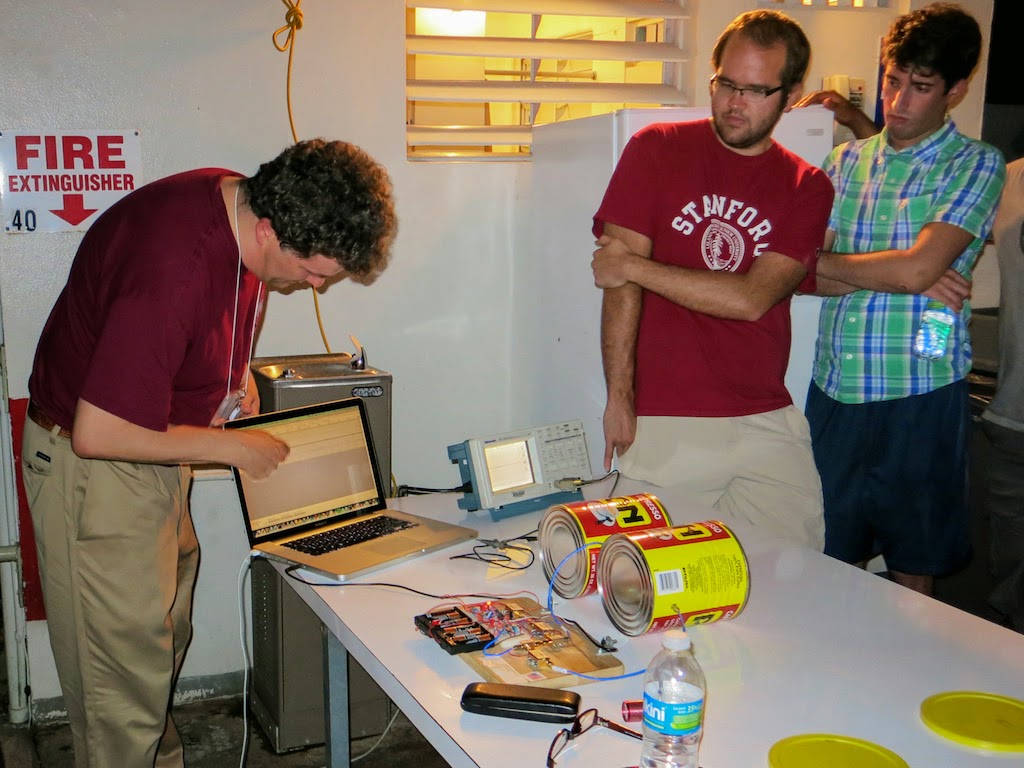 A few of the participants serve as targets by running towards and away from the cantenna radar. The data is recorded and digitised using the audio-in (microphone) port of a laptop. Thereafter, the data is analysed and plotted with a rather simple Matlab script.

The original idea comes from a course developed by Greg Charvat and Alan Fenn of the MIT Lincoln Laboratory, and the course materials and instructions are online at the MIT OpenCourseWare site.