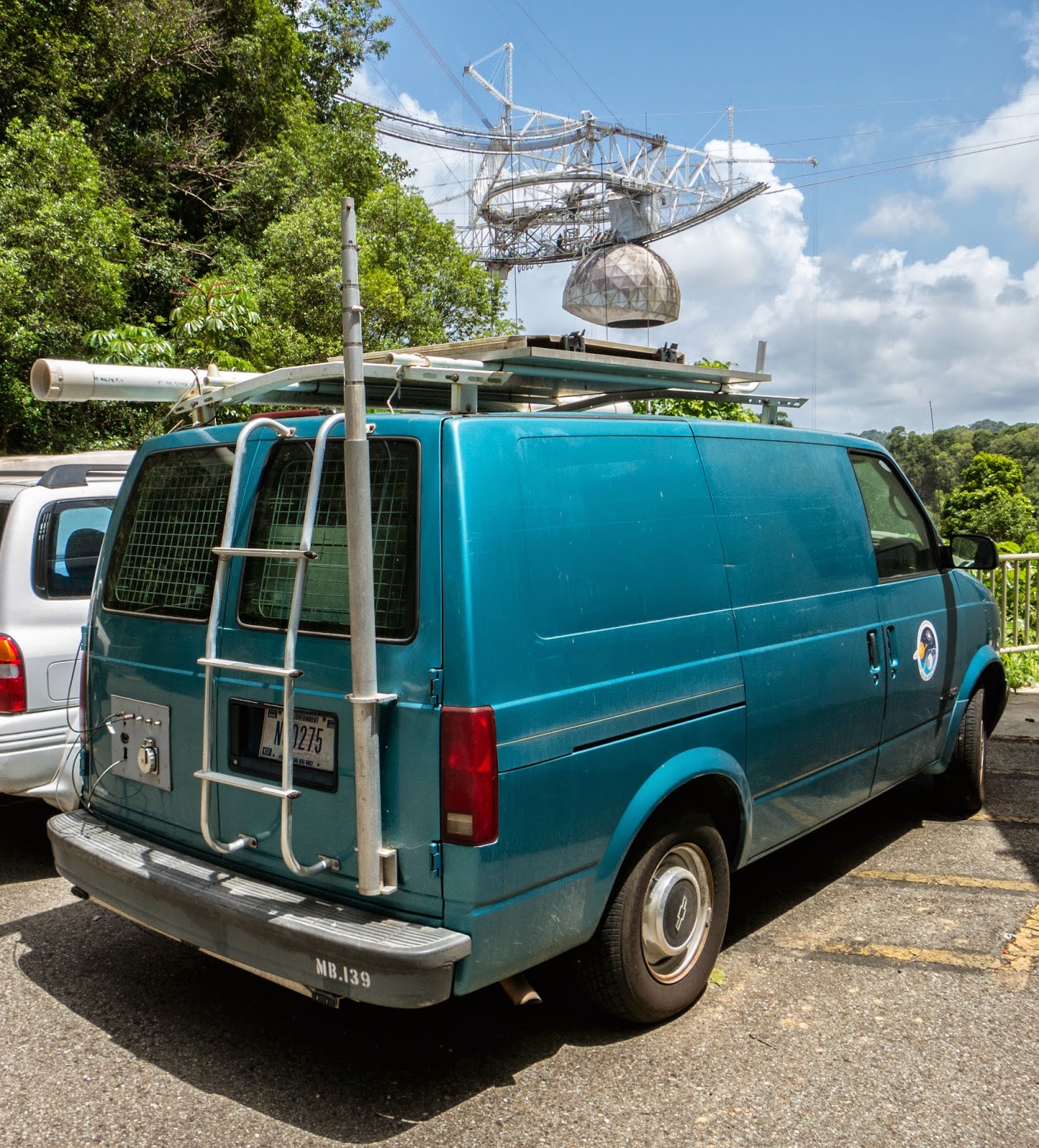 At Arecibo Observatory, where the Incoherent Scatter Radar School is currently under way, there is strict radio silence. This means there are no wifi networks at all, computers are only allowed to connect to the internet by cable. Also, mobile phones are not allowed to be turned on here (flight mode is ok). Also, we have been told that hair dryers, which often have cheap motors causing a lot of interference, are not allow on site or indeed in the observatory's guest houses.

The reason for this is of course that the Arecibo antenna, which functions not only as a radar but also as a powerful telescope for radio astronomy, is so highly sensitive, that certain observations are not possible with mobile communication all over the place.

In case a measurement is disturbed by radio interference, the observatory has a dedicated vehicle equipped with receivers for hunting down the source of the interference. Click on the photo for better resolution, and look carefully at the roof of the van. There's an array of four antennae for direction finding. So beware if you turn on your phone, these guys will come after you!