During the Joint US-EISCAT IS Radar School, some of us got the chance to visit the area under the huge 300-m reflector of the Arecibo radio telescope (click photo to enlarge). The reflector is atypical in the sense that it is not a paraboloid, but instead it is a spherical reflector, which allows for some limited steerability as mentioned earlier. 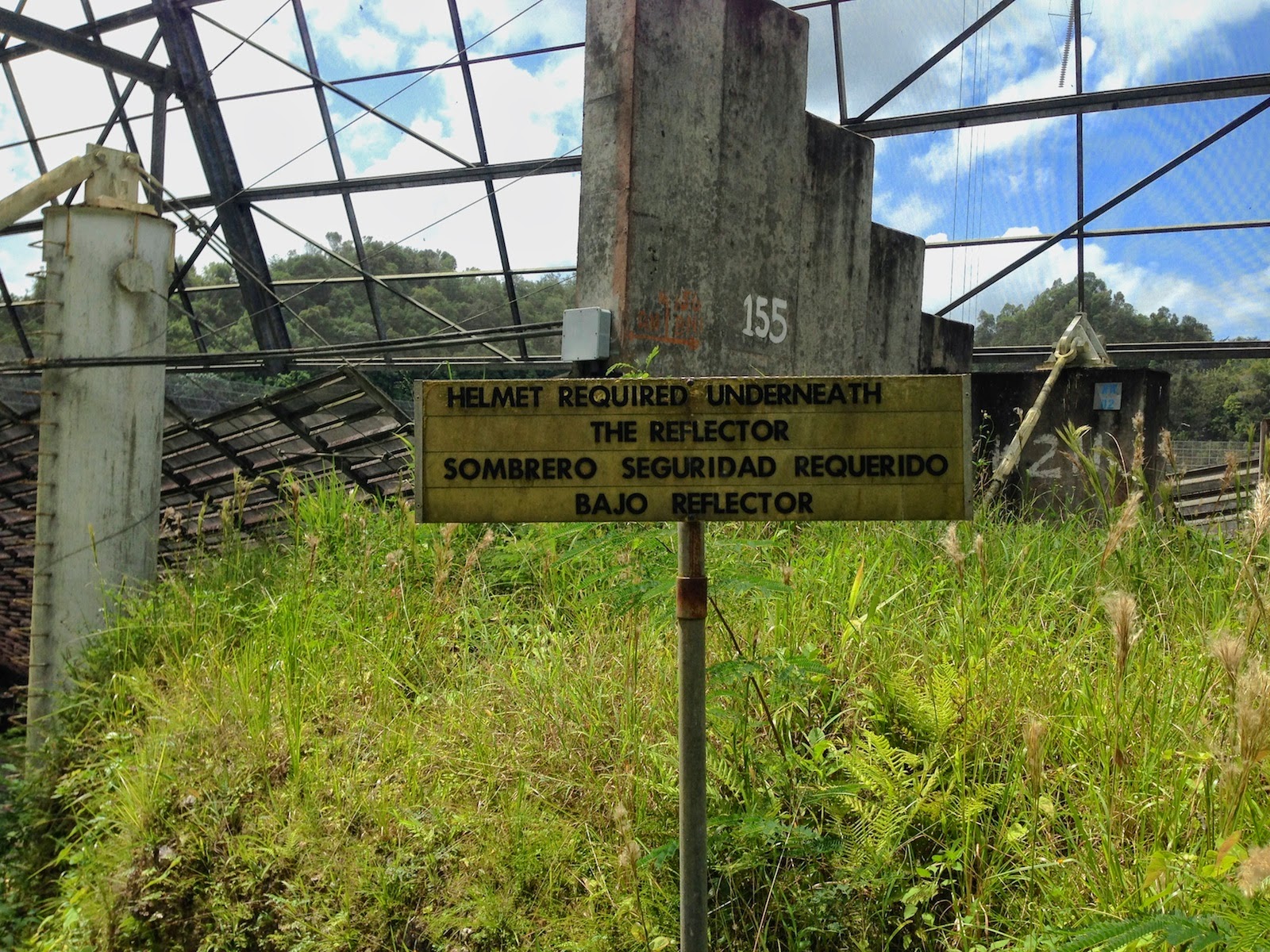 A visit to the areas anywhere near the radar requires clearance from the control room, since it is not allowed to enter here when the transmitter is running. Also, it requires standard safety equipment, in this case hard hats, since there's always a risk of something dropping down – maybe even more so while other participants of the radar school are up on the platform high above the reflectors holding their phones and cameras over the edge to take selfies... 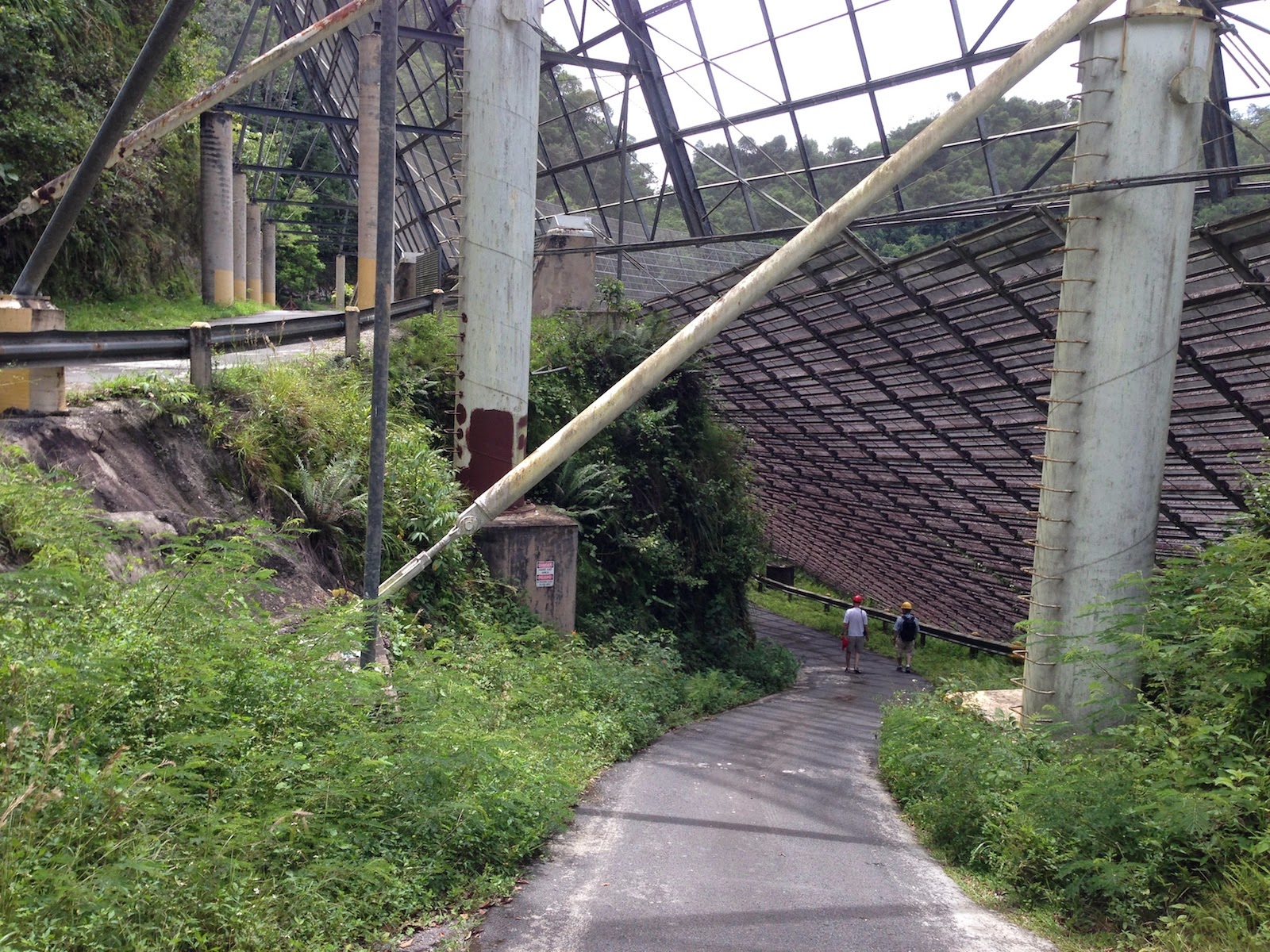 Once properly equipped, we were allowed to make the descend into the karst sinkhole, in which the reflector is embedded. All areas are accessible by car and thus it is easy to transport tools and other materials around, but only site-vehicles are allowed here. 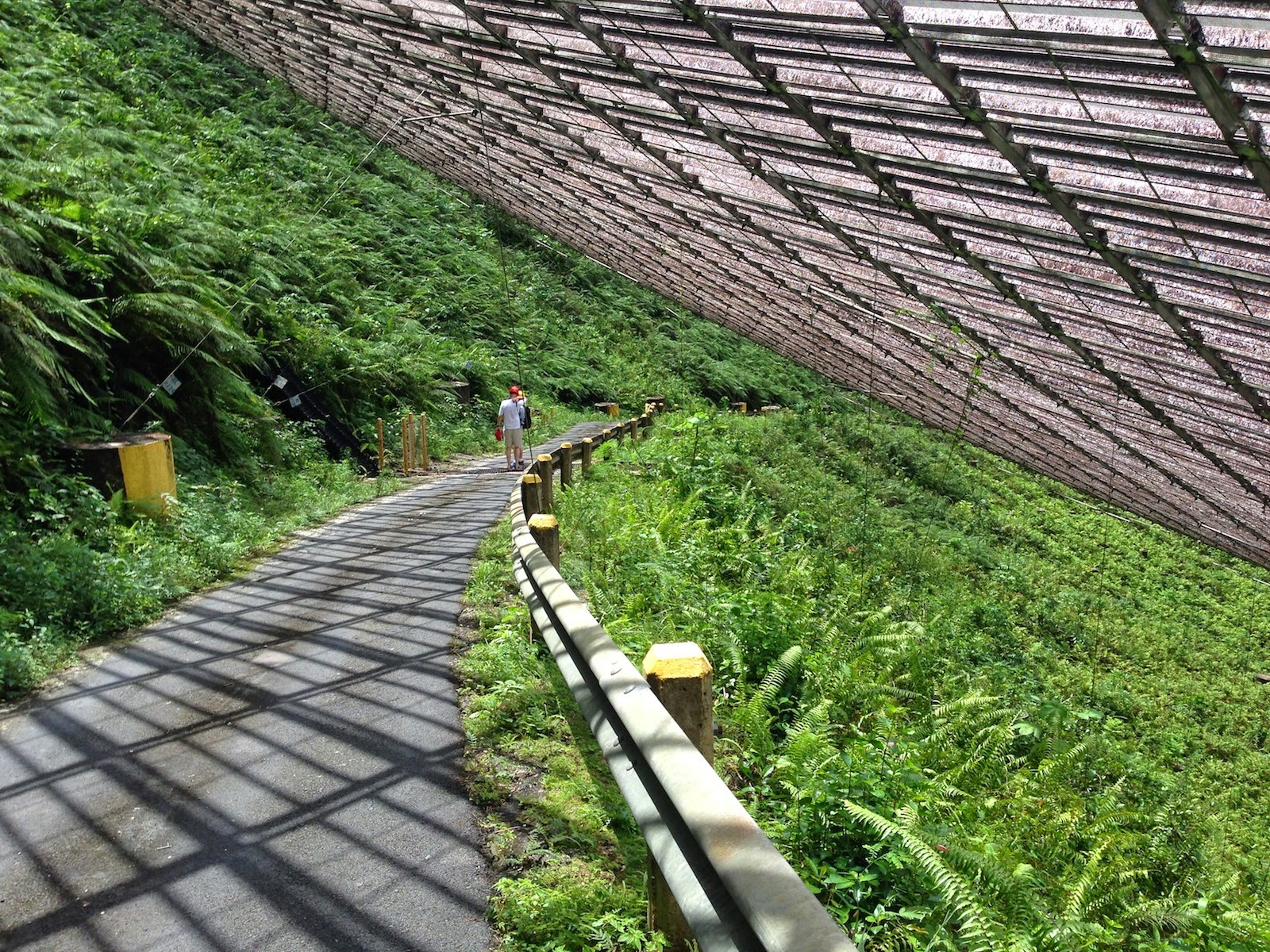 The reflector is made of aluminium sheets, which have lots and lots of holes in them to form a very rugged mesh. This construction allows for water – and light – to pass through the structure. In fact, in tropical Puerto Rico, rainfalls can be extremely heavy with some six inches of rain in less than an hour. From the karst sinkhole in which the dish is embedded, water can be pumped out into a near-by river in order to prevent flooding.

The photo above shows the road down to the bottom of the sinkhole under the reflector. Above it the curved, spherical structure of the reflector, the shadow of which gives and idea on how it is constructed.